Task prioritization with the Eisenhower principle 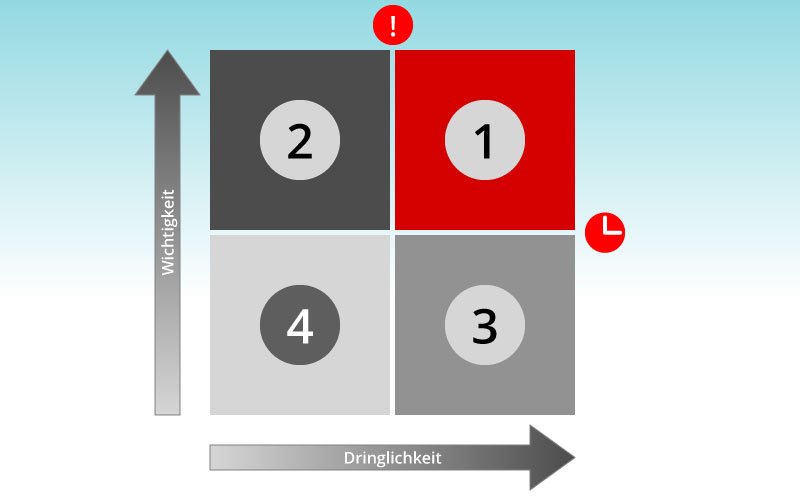 One of the most important tasks of a manager is the prioritization of tasks, both his own and those he transfers to his employees. Not infrequently managers prefer to give the highest priority, since they can not deal with low-priority things. It is sometimes unclear what the priority is and how to forgive it. The Eisenhower principle named after the American general Dwight D. Eisenhower is a simple scheme to order issues by priority.

Here are some examples:

It is important and urgent that you look fort a safe place if you see a lion down the road.

It is important but not urgent that you organize enough heating material to get you through the winter.

It is not important but urgent to make cinema reservations for the new movie that you had promised to visit with your wife in about two hours.

It is not important and not urgent to sort your stamp collection.

This is an elegant, simple principle, and the only reason it does not always work is because we prefer those tasks that are fun to do. Like one of my team members in the annual evaluation answered to the question, which kind of  activity would give him the most pleasure: “going on vacation”.

Urgent tasks are usually readily visible. They stand directly in front of us and urge us to act. Sometimes, however, they are completely unimportant.

Importance oftentimes has something to do with results. If something is important, it helps to achieve our goals. Important things that are not urgent are easily postponed or forgotten. While we are reacting to urgent tasks quasi automatically, we have to tackle important but not urgent tasks proactively. This requires some practice and a special mental attitude.

How can this principle be implemented in a modern task management? Let’s take a look at the task management software Allegra. After the installation, it directly provides a “Priority” field, which is, however, assigned the values “occasionally”, “soon” and “immediately”. But we can change that.

To do so, we log in as administrator (“admin”) and switch to the administration perspective. We go to “Customize” and then “List”.

Now we can rename the priorities, add a priority, and add new symbols. The style field allows later to display the operations according to their priority in the task list in the respective style.

In the example shown here, operations that are important and urgent would be highlighted if you wanted to.

Now, we consistently assign the respective priorities according to the Eisenhower principle. In the task management software Allegra, we can filter and group by priority in the task overview. By drag & drop, we can assign tasks a new priority, which is cool and intuitive. 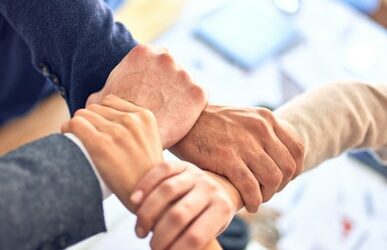 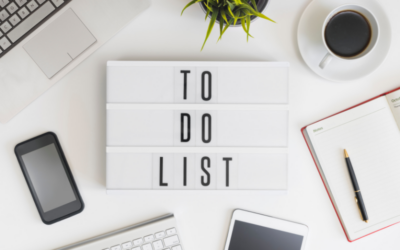